There’s More to this County Than A Grinning Cat

Located in northwestern England, Cheshire is a repository of both history and tradition of Britain under Roman rule. Small charming villages and quaint little towns dot Cheshire including Chester, Wilmslow, Daresbury, Ellesmere Port, and Crewe. Using Cheshire as your base point, you can visit Staffordshire, Manchester, Snowdonia, Liverpool, Shropshire, and the Peak District.

Cheshire’s Chester dates back to the Roman Empire’s occupation of Britain, some evidence of which is still seen in the city’s walls, built in 70 A.D. and continuously altered according to a particular era’s needs. The easiest way to access these walls are from the Eastgate Clock’s steps. The Romans constructed the walls after the establishment of Fortress Diva Victrix.

The Normans extended them to the south and the west to circle the then medieval city in the 12th century. Although heavily damaged during the Civil War, the walls, which are part of Chester’s layout built on the original city plan of the Romans, have been developed for recreation and leisure and provide an excellent backdrop for various fairs, trade shows, concerts, and local festivals held all-year long. 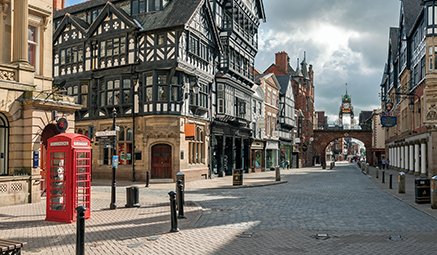 Whether you are travelling with your loved ones or on your own, Cheshire’s “supply” of things for you to see and do is limitless. Not only will you experience a sense of Britain’s history but also the country’s Roman past. Cheshire’s amphitheatre, for instance, rediscovered in 1929, is the largest of its kind, in the whole of the United Kingdom. But that is not the county’s only claim to fame.

One of them is perched stately up on the River Weaver’s bank, the Anderton Boat Lift, the incredible edifice that resembles a giant iron spider. An engineering marvel created for waterways in 1875, the Lift can be seen as the impressive and magnificent towers that they are above you on a half-hour glass-topped boat trip. Depending on schedule, this boat trip can also be followed or preceded by a trip to the Trent and Mersey canals.

The Ness Botanic Gardens that overlook the Dee Estuary has a premium collection of azaleas and rhododendrons in the entire northwestern region of England. Occupying 64 acres, the Gardens were first funded by a wealthy Liverpool cotton trader named Arthur Kilpin Bulley in 1898. Bulley’s daughter Lois gave them to the University of Liverpool in 1848 upon condition that the Gardens remain accessible to the public.

While Cheshire’s museums are a-plenty, what you would want to see is the Port Sunlight Museum for a peek into its 1888 foundation by William Hesketh Lever to life as it is in this village today. Built by Lever to house workers of his soap factory, Lever Brothers, which we know today as global corporation Unilever, this conservation area is 900 Grade II-listed and is one of the best examples of British urban planning.

What to Do in Cheshire

Chester is not the only Cheshire attraction because there is also Daresbury, birthplace of Lewis Carroll, also known as Charles Dodgson, whose father was church curate there, peppered here and there with cottages, the village hall, a pub, and a telephone box, all surrounded by floral blooms and greens all year round. Daresbury’s All Saints Parish has its own Lewis Carroll “window” with the Cheshire cat’s image. 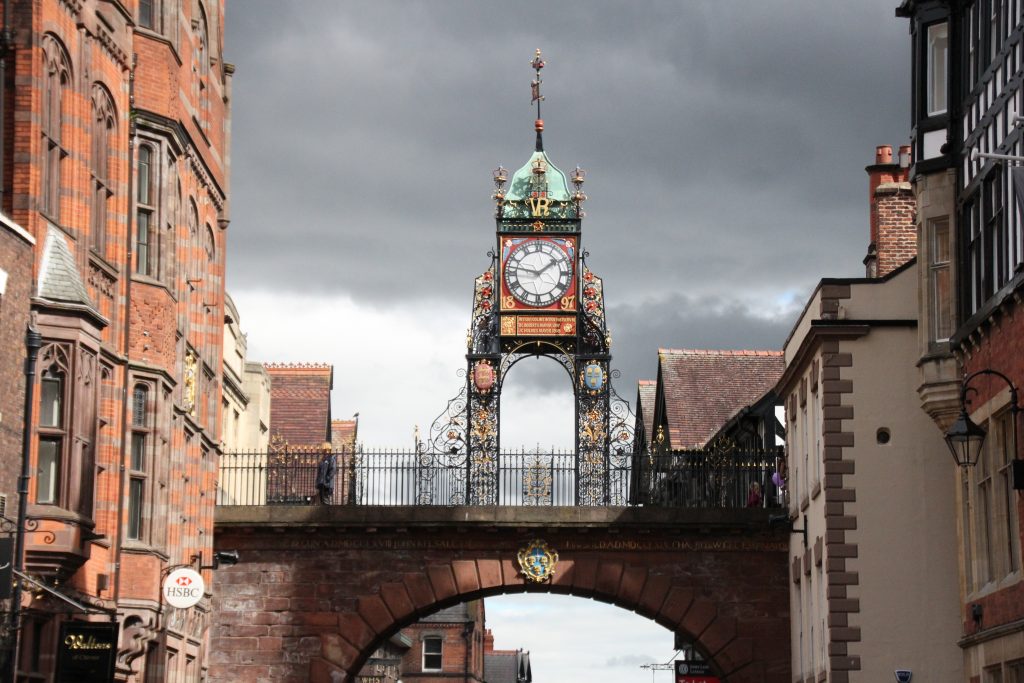 The sleepy town of Nantwich in Cheshire houses a complex of 35,000 square feet that would have been an underground bunker for the British Regional Government in case nuclear war broke out? Authentic equipment in their original settings lend you a glimpse into the Cold War with its labyrinth of corridors and the “Soviet Spy” mouse trail, to name a few, of the Hack Green vast radar network that was codenamed “ROTOR.”

The town of Northwich is home to our very own Cheshire internet marketing agency, and there’s a lot to see in the town.  A recent investment is bringing a new £80 million pound entertainment and retail complex to the heart of the town, and should provide a great boost of life to the centre.

You can travel around the globe and even through time at the Warrington Museum & Art Gallery that houses a treasure throve of materials from nature including Warrington’s own dinosaur. Permanent displays and temporary exhibits feature such items as Egyptian priest Paikhmennu’s exquisitely painted coffee from Amun’s temple in Thebes and contemporary work by artists Tracey Emin, Sam Taylor-Wood, and Banksy.

Share a memorable discovery voyage at Ellesmere Port’s Blue Planet Aquarium which has Europe’s largest collection of sharks including the three-metre long Sand Tiger, viewable from the aquarium’s 70-metre Caribbean Reef’s underwater tunnel. The Blue Planet Aquarium is also home to magical seahorses, adorable sea otters, and a plethora of amphibians that include the deadly but fascinating frogs known as “poison darts.”

And don’t leave Cheshire without dropping by the Catalyst Science Discovery Centre where you can see how chemistry works in practically all the products we use in daily living, from all kinds of medications to Meccano model toys and kits, and what role it has in our past, present, and future lives. With something for every age group, including adults, Catalyst houses an interactive gallery that your whole family will enjoy.