How to get a free rankings boost

It’s been just over a year since Google started to give a ranking boost to websites which use HTTPS. If you’re new to this, by installing a certificate on your website, you can enable encrypted connections between your users and your site.

This means that it’s very difficult for anyone to intercept the data, giving your customers the privacy they are coming to expect from major companies.

What’s the background to this?

Until now, it’s been a matter of going to an SSL authority, and purchasing a suitable SSL certificate if you wanted to get the ranking boost that encryption seems to hold. However a group set up by some of the major players in the technology industry has meant that all is changing, and it’s not possible to get such a certificate without any outlay.  “Let’s Encrypt” is the name of the free service, set up by the Internet Security Research Group of California.

Many were skeptical that companies such as Facebook, Cisco, and Akamai would achieve what they had talked about, as they have uneven histories when it comes to protecting privacy. However this is certainly a step in the right direction. The goal is to give a big boost to online security as well as privacy. 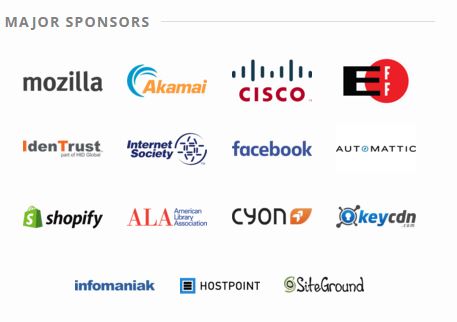 Since the 3rd December, members of the public can now sign up for the beta service, and get their hands on a completely free certificate which they can then apply on their websites. Before this date, it was an invite-only service, but still managed to issue more than 25000 certificates in the months that it was running.

The ultimate aim is to have a slicker customer experience, automating much of the difficulty associated with getting a site set up for HTTPS. The first step in getting up and running is to get the client from here and reading the documentation.

Although the ranking boost that these certificates will bring isn’t game-changing it may well give you the edge over your competition. Get in touch if you would like help with any of the topics covered in this blog