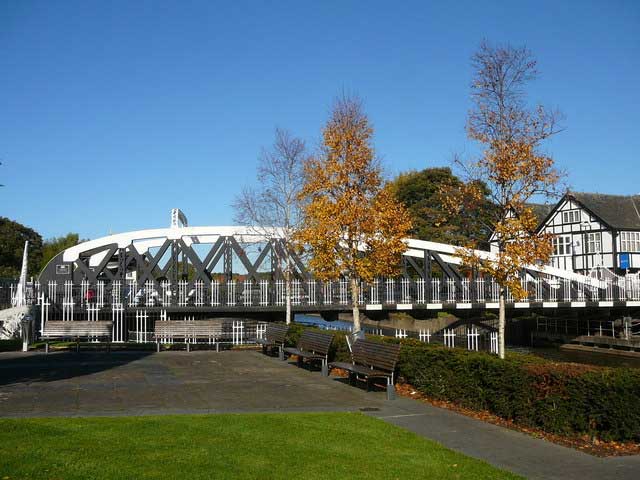 For those of you who don’t know where we are based, Northwich is a town in Cheshire, in the North-west of England, with a population of around 75000 people.

Its history can be traced back to Roman times, when it was known as “Condate”.  This name was given as the town was situated at a confluence between the River Weaver and the River Dane.

The town was important to the Romans due to its history as a salt town, something that is at the forefront of the area’s fame to this day.  The area of the town now known as “Castle” once contained a fort around 2000 years ago.

There are a number of towns in the nearby area with the suffix of “-wich”.  These include Middlewich and Nantwich, and the links to salt-making are clear, as such buildings are known as wych-houses.

The town has had trouble in recent years due to the extensive mining of salt, which took place directly under the town-centre, and lead to subsidence problems across the area.  Some of the local wildlife spots have flourished due to this subsidence – the underground collapses lead to the creation of “flashes”, which are lakes formed in the areas of such collapses.  In recent years, much of the town has been underpinned to reduce the likelihood of any further collapses in the town centre.
Northwich town has recently undergone a significant revamp, which has included the development of a new cinema and shopping complex, called Baron’s quay.  Although it’s not yet fully complete, with many retail units still empty or under construction, the fact that the town has a new multiplex cinema has been of enormous benefit for those wanting to see the latest blockbusters without having to travel to Chester, Runcorn or Manchester.  The project was built on some formerly derelict land, as well as taking over part of an old car park, and has breathed new life into what was becoming a very quiet town centre.

Other attraction in the area include Marbury park – an area of beautiful scenery and woodland which is a firm favourite with locals.  It has been extended to join with other nature projects in the area, and the whole site now covers an area of around 800 acres, including the other reclaimed land such as the aforementioned flashes.

Since the town is at a junction between two rivers, obviously water plays an important part in the transport history of the town.

The Anderton Boat lift is another local attraction which also serves a practical purpose – it carries boats from the river system over to the canals and vice versa, and is truly a spectacle to behold.  It was restored in recent years and has now become one of Northwich’s most popular visitor sites.  The main local newspaper is the Northwich Guardian.

A few famous faces have come from the town of Northwich.  Gary Barlow lived in the area for a long time, and the well-known 90’s band, The Charlatans, are another musical act from the area.  On the sporting front, Paula Radcliffe was born in Davenham, which is a village on the edge of the town.  She is still the current holder of the best marathon time of 2h 15minutes and 25 seconds for the women’s title.

So that’s a little about our town.  If you have any questions about our services, please do get in touch.